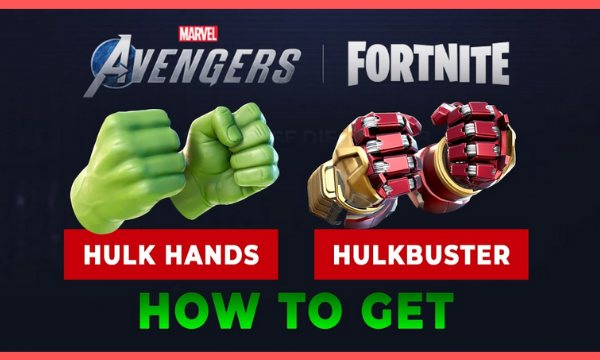 Fortnite fans on PS4 and Xbox One will be able to unlock a new Hulk Smashers Pickaxe and a bonus Hulkbuster style. How to get Hulk Hands in Fortnite? Find out.

Fortnite is no stranger to Epic crossovers, having hosted a wide range of collaborative events ranging from musical concerts to movie screenings. The game continues to evolve as a global brand in the gaming community.

From the Thanos crossover event to Deadpool’s Yacht and the current Aquaman themed Season 3, Fortnite has undoubtedly upped its game in the crossovers department.

Epic Games has announced an exclusive tie-up with Marvel’s Avengers in the form of an exclusive Hulk Smasher Pickaxe, that is also available in a Hulkbuster variant.

As you know guys Fortnite is one of the most exciting battle royale games that is known to bring exclusive content to the fans.

So, let ready to know how to get hulk hands in Fortnite Xbox Smashers Pickaxe?

Fortnite: How to get hulk hands in Fortnite Xbox Smashers Pickaxe

If you’ve been playing the Marvel’s Avengers beta and you also enjoy a bit of Fortnite, you’ll be able to earn yourself the Hulk Smashers Pickaxe and Hulkbuster Style.

PS4 and Xbox One players can unlock the new items by completing three challenges in the Marvel’s Avengers beta.

Unfortunately, PC players are currently excluded from this. To unlock the items, your Epic and Square Enix accounts will need to be linked to your PSN or Xbox Live account, then you’ll need to complete the three Harm challenge rooms.

so let’s take a look at what you’ll be doing.

The Marvel’s Avengers open beta begins on August 14 and runs until August 16, then again from August 21 – 23, so there’s plenty of time to complete these challenges.

How to get the Hulk Smashers Pickaxe and Hulkbuster Style

The Harm Room is essentially a training ground, so after you’re finished playing as Iron Man, choose another character and complete three Harm Room challenges. You don’t need to complete them on any specific difficulty level, so just choose whatever is comfortable for your level.

Afterwards, you’ll receive a message saying you’ve unlocked the item, so leave the game and log into Fortnite instead to claim the Hulk Smashers Pickaxe, which you’ll see doesn’t look like a pickaxe at all – it’s two big green hands.

You’ll also get the bonus Hulk Smashers style, which look like a pair of Hulk-sized Iron Man hands.

How to get the Hulk Smasher Pickaxe in Fortnite

Here’s how you can claim your very own Avengers-themed Hulk Smasher Pickaxe and its Hulkbuster variant.

The Hulk Smasher Pickaxe is a Fortnite exclusive item for PS4 and Xbox One users. To claim the item, you need to follow a simple 3-step procedure:

The offer is currently unavailable for PC beta players. The Marvel’s Avengers beta schedule is as follows:

In addition to completing the above steps, ensure that your console account is linked with an Epic Games account. You also need to connect it to a Square Enix account.